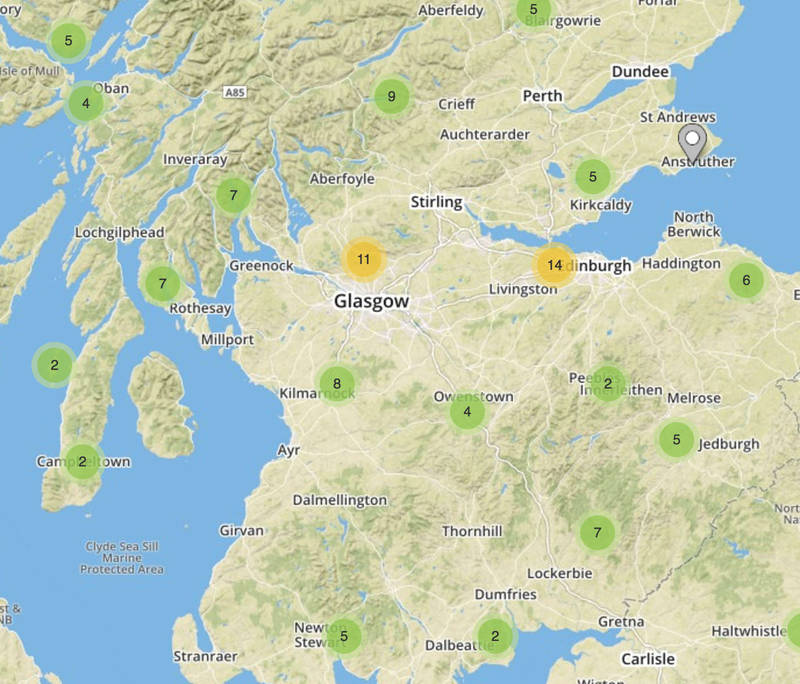 We are very sad that this week the international community energy mapping database, Energy Archipelago, was taken offline by Scene Connect.

The map included data from our own community energy database, so we’re particularly sad to see an international collaboration like this come to an end.

We continue to maintain the Australia database of community energy projects, which you can find at cpagency.org.au/map

Have you wondered what the Finkel Review is all about? Or why gas prices are so high? Or how we could achieve a faster transition to 100% renewables? CPA’s Introduction to the Australian Energy System Trainings could help answer those questions.

In November and December Community Power Agency is running three training events in Sydney, Brisbane and Melbourne. These trainings, kindly supported by a grant from Climate Action Network Australia (CANA), are tailored for campaigners, community sector workers and volunteers working towards the energy transition.

Read Nicky Ison’s article about how the Victorian Government’s announcement of three pilot Community Power Hubs is an important step towards helping every community across Australia to have its own wind or solar farm.

The Victorian Government has announced it is piloting three Community Power Hubs in Bendigo, Ballarat and the Latrobe Valley.  It is an important step in the right direction towards seeing the support communities and a range of local actors need to decarbonise, democratise and decentralised our energy system for the benefit of communities and people across Australia. However, more needs to be done to unlock the potential of community energy across Victoria.

Read the full story in One Step Off the Grid here.

Read Nicky Ison in The Conversation on why Regional Energy Hubs (aka Community Powerhouses) are so relevant in a time of rising energy prices.

There are so many reasons that Regional Energy Hubs and community energy just makes sense, but they can be a little complex to explain.  This article steps through the reasons why this policy and supporting community energy will help households, communities, locked-out energy consumers and more to access the benefits of clean energy and keep power bills down, while prices go up.

Read here for the full story in The Conversation.

Today the Australian Energy Market Commission (AEMC) rejected a rule change proposal that would have helped unlock new local and community energy projects. In its draft determination AEMC clearly showed that it doesn’t understand what consumers want or what the barriers actually are to mid-scale clean energy projects.

You can also check out the research done by the Institute for Sustainable Futures that accompanies the Rule Change (and was completely ignored by AEMC) here.

The AEMC ruled out allowing any local business or council to share the solar power it generates on one of its buildings across its other sites, or with its neighbours.

“Hundreds of new mid-scale clean energy power projects are effectively blocked as a result of today’s decision from the AEMC,” Ms Ison said.

A Federal Government-funded study has found relaxing the rules around sharing renewable energy could save Australians more than $1billion in cumbersome and unnecessary network upgrades by 2050. Network charges amount to almost half of the average household’s power bill.

Ms Ison says the rule-maker needs to get with the times.

“Our energy system is rapidly modernising but the rule makers are failing to catch up.

“The federal energy minister and his state and territory counterparts must now step in and fix this so it is cheaper and easier for communities and local business to keep building and using more renewable energy.”