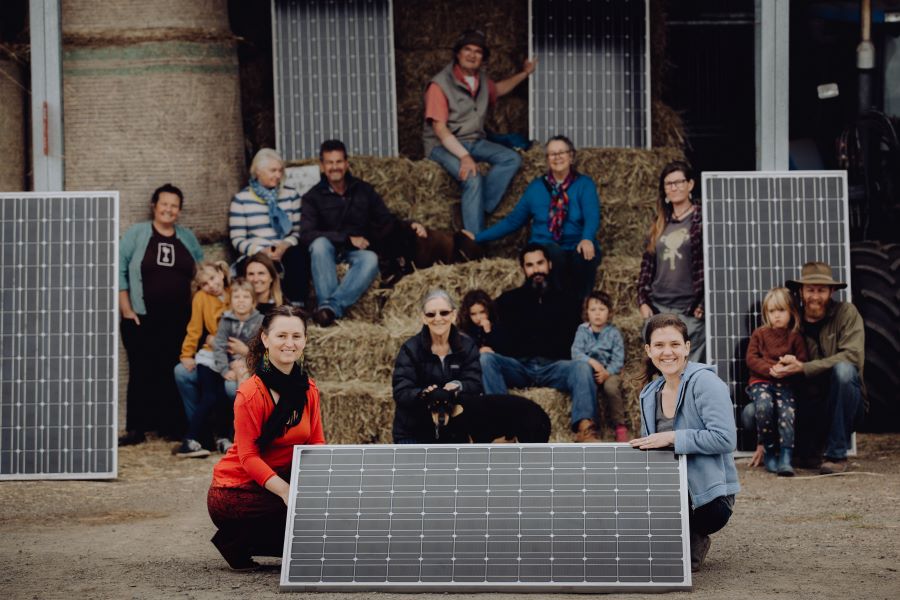 But what is a community solar bank, and how can it help with Australia’s climate and energy challenges?

WHAT IS A SOLAR BANK?

More usually known as solar gardens, these projects offer householders the chance to buy or lease a plot in an off-site solar array, with the electricity generated from their plot sold into the grid and their portion then credited back onto participants’ electricity bills via a partnership with an energy retailer.

The concept has been adapted from the idea of a community vegetable garden, which allows those without a backyard to plant and grow fruit and vegetables in a shared plot of land. A solar garden, however, does not need to be tended by householders, meaning it can be located anywhere.

Solar gardens have been popular in Germany and in the US, with the fast growing American market seeing more than 200 MW of shared solar gardens already in operation.

WHAT ARE THE BENEFITS?

Haystacks Solar Garden will build a 1.5MW solar array on 5 hectares in a paddock at a farming property in Grong Grong, one hour west of Wagga Wagga, which will be divided into 333 solar plots, each owned by an individual or nonprofit organisation.

As a form of community renewable energy, solar gardens like Haystacks are contributing to the end of fossil fuels in Australia. People with or without a roof can now choose to move away from fossil fuel generated sources of energy to solar power controlled by communities.

Renters, apartment dwellers, and people without access to a suitable roof – among the 30% of Australians currently locked out of solar – can all take part in a solar garden project. Solar gardens provide access to clean power for a diversity of households, paving the way for a fairer energy future.

Solar gardens contribute to decentralising our electricity system by adding another mid-scale energy generation project to the grid. Doing so helps to increase energy reliability in regional areas while also providing income certainty to farmers hosting the infrastructure. Both these build community resilience against future climate crises.

Pilot projects like Haystacks Solar Garden are already up and running, with plots still available to householders and not for profit organisations before construction begins in the summer months.

As more solar gardens are proposed, advocates are calling for Labor to expand the existing Small-scale Renewable Energy Scheme (SRES) beyond homeowners for their own solar panels to allow these rebates for solar garden plots to households that rent, live in apartments or without a suitable roof for solar.

“Community energy projects such as solar gardens play a critical role in the transition to renewable energy not just in terms of megawatt capacity but also in a way that is socially inclusive, creates social licence and stimulates meaningful regional economic development. It’s an exciting model to be pioneering for Australia, which other countries have been enjoying for years.”

Solar banks and neighbourhood batteries a good start for Labor, but design and delivery critical

Items in Your Cart: