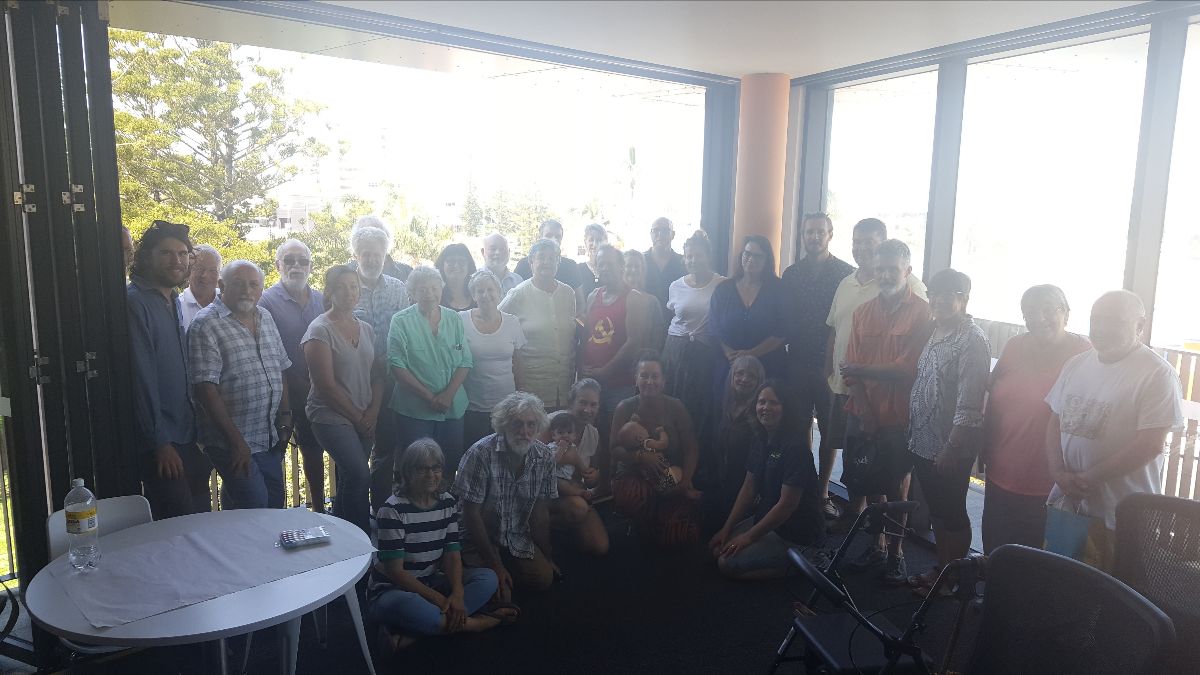 Two weeks ago, CPA Director Nicky Ison and Luke Reade from Energetic Communities were invited to Yeppoon to run a community energy workshop by the excellent folks at 350.org Central Queensland.

We are pleased to report that the coast is beautiful and the enthusiasm for community energy is high.  Forty people turned out for our Community Energy workshop, brimming with ideas for community energy projects.  We were excited to find out that Yeppoon already has a tradition of community energy, having run a series of solar bulk buys earlier this decade.

As such its our pleasure to welcome the newest community energy group to our movement – Capricorn Coast Community Energy (name TBC). If you are keen to know more about their plans or to help them please contact Tom Henderson at thomashenderson89@gmail.com. 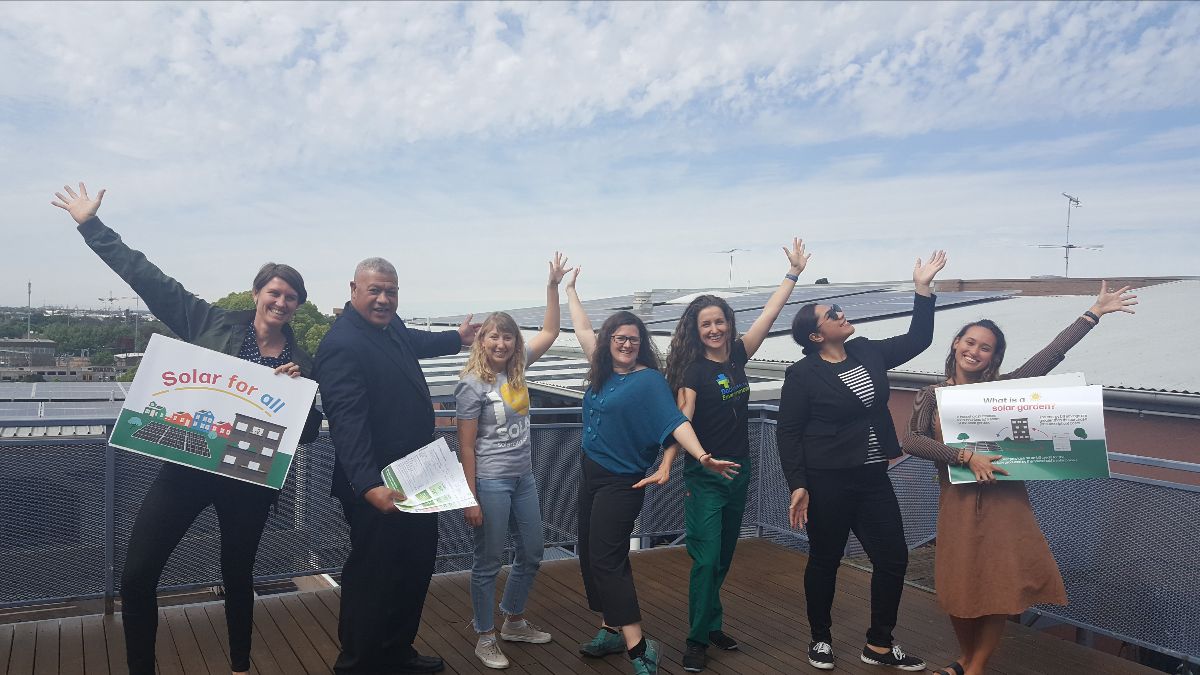 This week Community Power Agency was excited to launch our newest campaign – Solar for All.

The campaign which is backed by a growing number of organisations, is calling on sate governments to ensure all Australians can access solar, no matter where they live or how much they earn.
We’d love you to get involved in the campaign by: 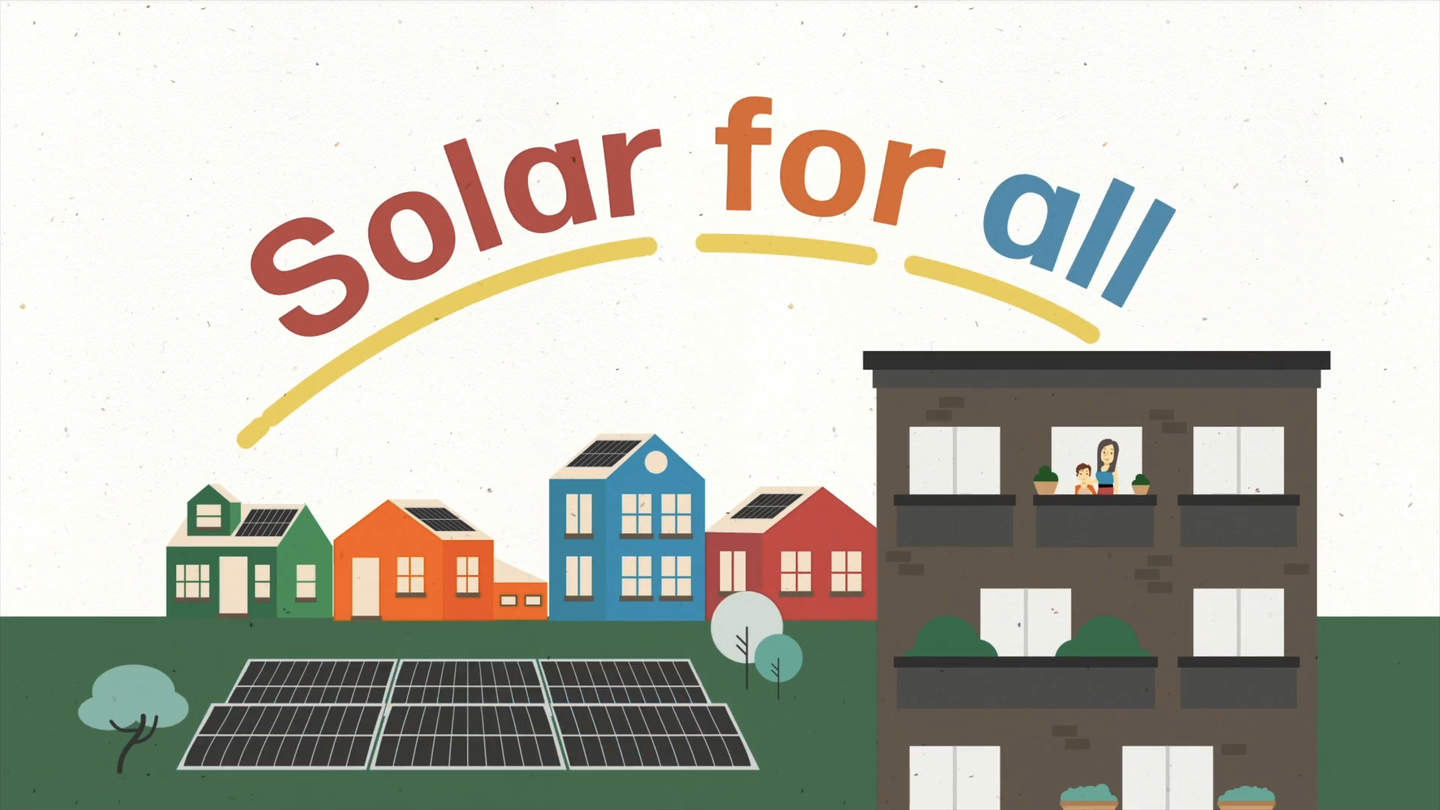 Solutions that unlock solar for everyone

When it comes to solar energy, Australia really is the “lucky country”. Australia is to clean solar what Saudi Arabia is to dirty oil. We’ve got so much of the stuff that a large part of our national identity is shaped by our sunshine. We are Bronzed Aussies, the Sunburnt Country, only some of us live in the Sunshine State, but we all Slip, Slop and Slap!

No surprise then that Australian home owners have so warmly embraced rooftop solar. Not only is this a great way to keep on top of rising energy bills, it also speaks to our sense of identity as independent pioneers and, added bonus, gives an opportunity to “stick it to the big guys”, the energy companies who send us their bills each quarter.

With the world’s highest rate of rooftop solar installation, Australia now has over 2 million solar homes. Unfortunately some of us are less lucky than others. Some 35% of us are “locked out”, unable to access the benefits of rooftop solar. This is because many Australians are renters, live in apartments, have shaded roofs unsuitable for solar or just can’t afford the up-front cost.

Locked out energy users love solar as much the rest. They’d like to participate in the solar revolution and take control of their energy future. They just need someone to unlock the potential of solar for their situation.

It may seem obvious that if you don’t have a roof suitable for solar then you can’t buy a solar system to get the benefits it brings. That’s the end of the story, right?

Thankfully, some people see this as the beginning of an exciting quest, not the end of a short and disappointing story. These entrepreneurs, advocates and creative thinkers have been working hard with like minded people in their communities to find ways that would allow those of us who are locked out to access the benefits of owning solar.

This is the first of our Solar for All series of articles where we’ll explore the emerging solutions for locked out households, the barriers holding these solutions back and those who hold the key to a future where everyone has fair access to affordable, clean solar power.

Framing the problem shapes the solution

Creating a solution to an identified problem starts with an exploration of the underlying causes. Well designed solutions tackle the barriers, not just the symptoms. The framing of the problem very much shapes the solution.

What is interesting about the “locked out” problem is there are multiple barriers that lead to households being prevented from having access to solar. This explains why we are seeing a diversity of solutions emerging to unlock solar for everyone.

If the locked out problem is framed as an affordability problem then of course solutions will focus on making solar more available to those without the means to pay the full price of solar up front.

If the problem of being locked out is most urgently felt by renters who can’t convince their landlords to install solar, then the solutions for tackling this problem will no doubt do a great job of solving what is known as the “split incentive” issue.

The issue of course being that although it’s the landlord who pays for the cost of installation, it’s the tenant who gets the benefit of consuming the electricity for free. This raises questions that form barriers. Questions like: who should pay for the installation, who will receive the benefit, and how can costs and benefits be fairly shared?

Solutions to address the challenging dynamic between landlords and renters:

Some people believe (correctly) there is a critical issue with households who aren’t sure how much longer they’ll remain in their current home. With solar payback periods measured in years, this means uncertainty over length of tenure can hold people back from making the investment into solar. Some solutions do a great job of locking the payback to the property, not the occupant who chose to install solar.

If the biggest barrier locking people out of solar comes from our energy regulations and the way our energy market operates, then we’ll see solutions that work creatively to navigate an outdated energy system that wasn’t designed for the dynamic way we expect energy to work today.

As we can see, there are diverse reasons why solutions are being developed to solve the locked out problem. This diversity is reflected in the variety of solutions emerging for these too-often neglected consumers.

The Solar for All Campaign calls on State Energy Ministers to implement a carefully designed Package to support all locked out customers. This will be done by ensuring all solutions are recognised as playing an important part of this complex area.

In the next article in the series we’ll focus on one model that delivers an effective solution for all locked households, regardless of the reason why they might be prevented from owning rooftop solar.

A coalition of 20 community groups has launched a ‘Solar for All’ campaign calling on state governments to end solar lock-out and give all Australians access to safe and affordable energy.

More than one third of Australians are locked out of access to clean energy because they rent, live in apartments, have unsuitable rooftops, or cannot afford the upfront cost of solar panels.

The coalition, led by the Community Power Agency, is calling for policy and funding support for solutions to solar lockout, including solar gardens. These are centralised solar arrays that people can purchase a small share in; the electricity generated by these arrays is credited on consumers’ bills.

“Governments can easily fix this unfair situation in Australia by funding solar garden trials and solar rebates for low-income and locked-out households.

“These simple solutions can help state governments deliver lower costs of living, better physical and mental health, and meaningful action on climate change. There are no downsides to this,” said Ison.

Solar gardens are a proven concept. In the United States, 1.3GWs of solar gardens are operating across 40 states are saving communities hundreds of dollars per year, while reducing emissions.

Liuanga Palu, Marrickville renter and co-lead of Sydney Alliance’s Voices for Power campaign, said: “I keep my heater and air conditioning use to a minimum because electricity is just too expensive—you can imagine how miserable that is on a freezing winter day or a scorching summer one.”

“It’s frustrating to know that solar could cut my household bills by hundreds of dollars a year, but that I can’t tap into these benefits because I can’t afford the upfront costs or to buy a home yet.

“Climate change is making our summers hotter every year. I want my elected leaders to quickly support solar gardens and rebates, because we all deserve healthy and safe lives,” said Palu.

About the Community Power Agency